During the month of July, Jules’s girlfriend Estelle made him a surprise for his Birthday.
She invited him to Barcelona for a riding week-end! 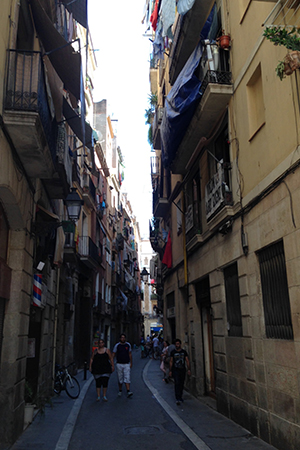 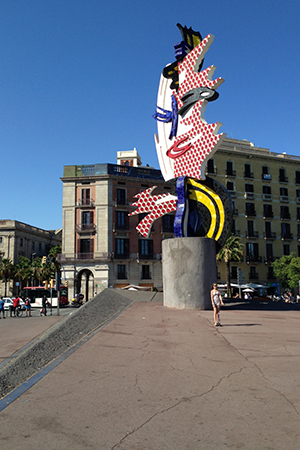 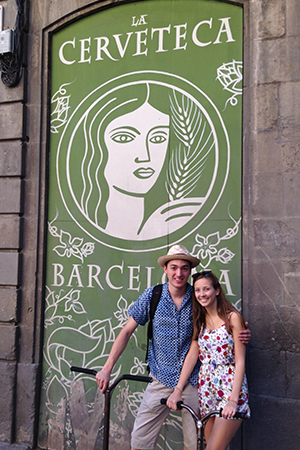 The departure from Paris to Barcelona was planned at 9pm on the 13th of July, but the good of holiday was not with us. Technically the planz had just 1 hour of delay, but that wasn’t the case. It was canceled in last minute so we had to sleep at the airport for the night! Whou Hou, that is starting well for the week end ! We lost one night in Barcelona, but it was so fun to sleep at the airport in camping beds. 3 hours of sleeping and we woke up to finally take the plane.  But don’t worry, they gave us 250€ per person as a compensation. 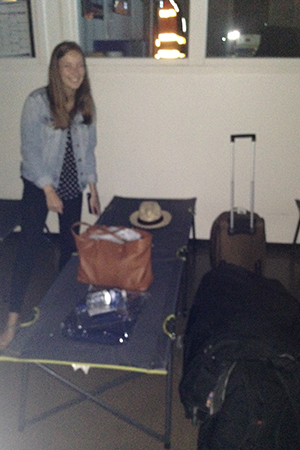 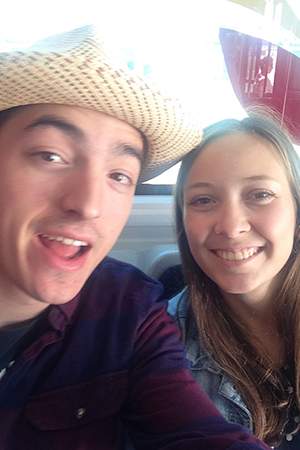 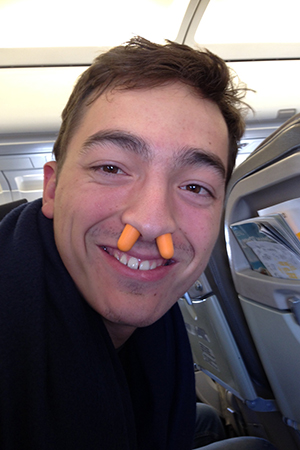 Finally we arrived at 2.30pm, very tired but excited because Jules had never visited and ride Barcelona.
Barely arrived at the hotel we took our scooters to ride the city. 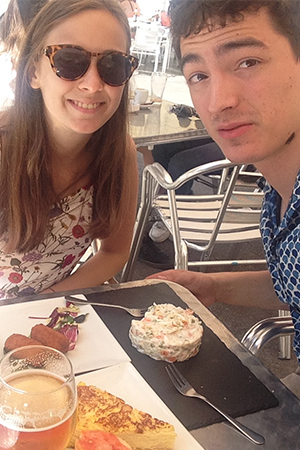 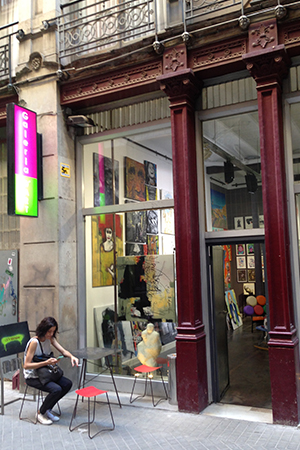 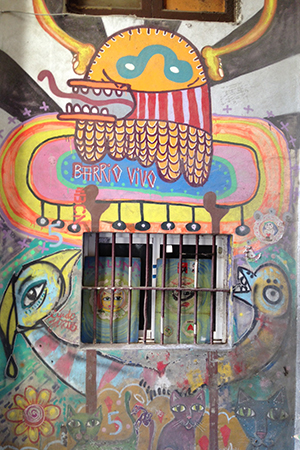 / Eating tapas in a bar near the Ramblas.

/ Beautiful building in a back street, with an Art shop managed by a French girl.

After a long riding walk, we went to the playa at « Platja de Sant Sebastià » to chill and sleep !  Sooo cool to chill at the playa « con mi compañera, y mi camisa » with a temperature near 30°, in contrary to the week before in Paris ! 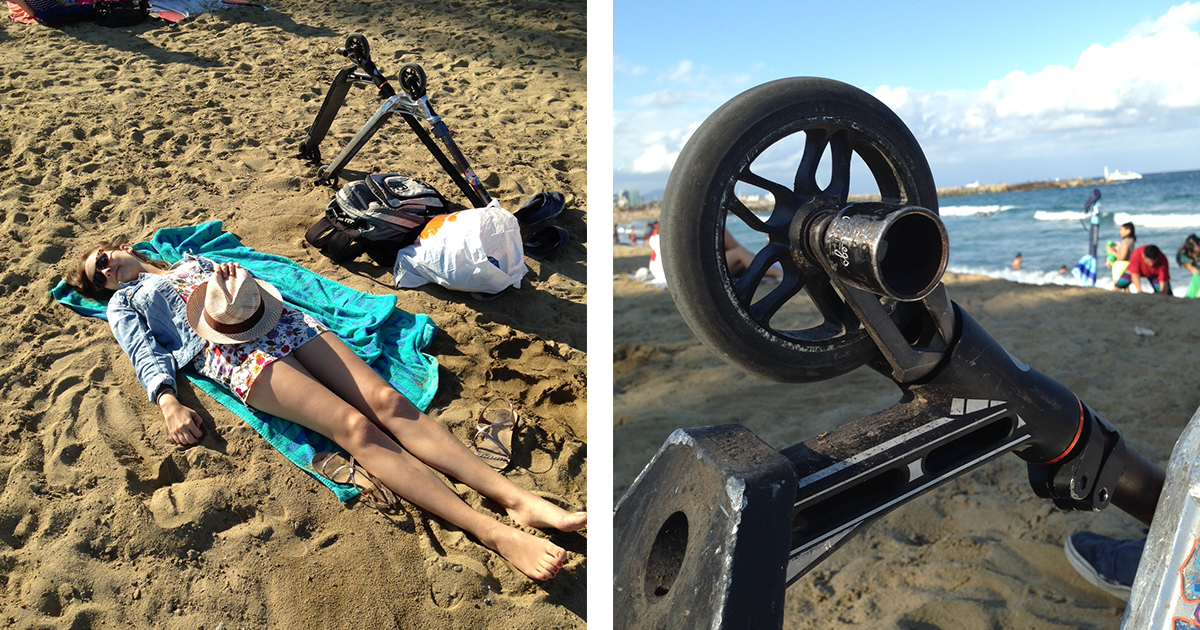 Just after our « siesta » we went riding curbs on the harbor. Estelle filmed 2 tricks for Jules and we finished the day with a session at the new Paral-lel spot.

At night, we went to a bar called The Rubi bar to eat tapas and drink many cocktails. If you want an address to drink really good cocktails with gin, you need to go there!
The evening was so perfect, that’s a good way to finish our first day in Barcelona.

On the second day, after a bath in the jacuzzi of the hotel we went down the street and rode a really nice round rail ! 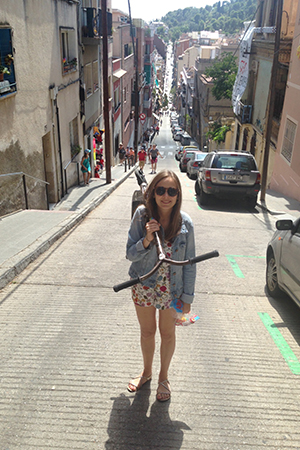 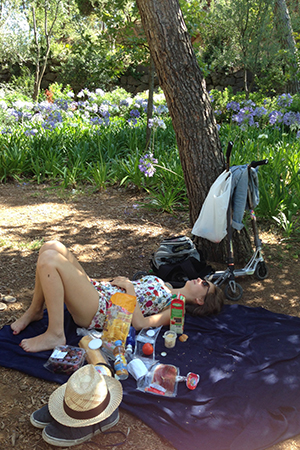 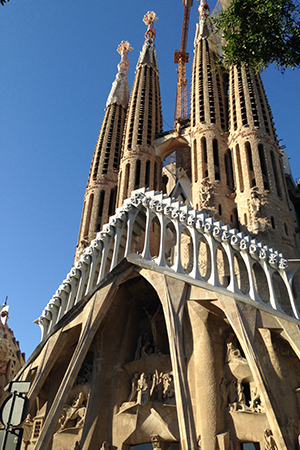 / On the way to the natural park Güell.

/ Sleeping time after a huge picnic.

Let’s go to downhill with Estelle, straight to Marbella, were we met Ivan Jimenez and some local riders who speak French !  We rode all night long !


On the third day, Saturday15th of July, we rode in the city during the morning and we had a break in a cafe while guys were playing music. 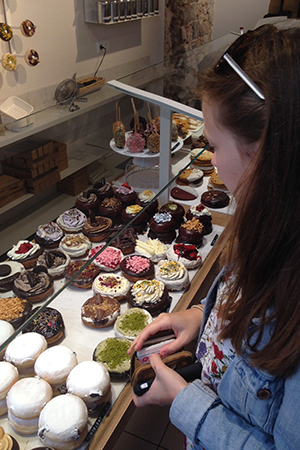 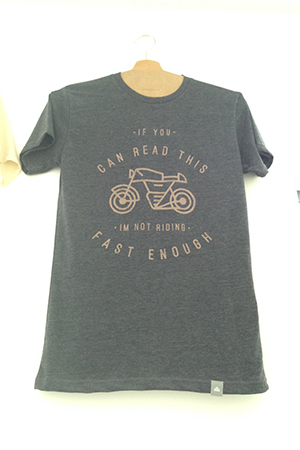 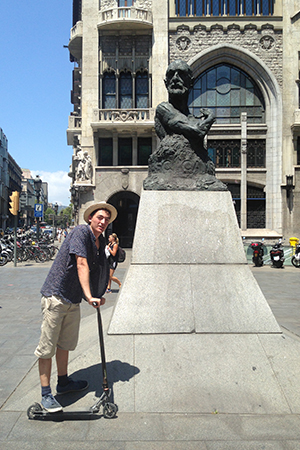 / The best breakfast of the year ! Beer with Cronut, Estelle was soo excited to eat this really cool pastry.

/ On the way we found a really cool shop named Typographia were they sell some really cool t-shirts, like this « If you can read this, I’m not riding fast Enought ».

/ Technical Spot ! Pictures with the bro’.

To finish the week end, Estelle invited Jules to Saillagouse (a little village in the Pyrenees) for a family party, with a reggae festival saturday night !

Hell Yeeaaahhh the week-end was so good and so perfect. A huge thanks for the best girlfriend ever. It was perfect, and to seing you riding a scooter with me that’s wonderful ! You make me so happy ! Stay like you are, love you.