Losstrip 2 took place on the west coast of France, from Lorient (in Bretagne) to Bilbao (in Spain). 3 members of the Wise crew took part of this road trip (Jules Couderc, Nicolas Jacob et Antoine Delcampe) along with homies from Nantes (Tim, Baldou, Mike, Adri and Marco). 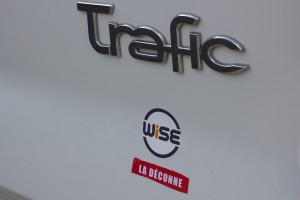 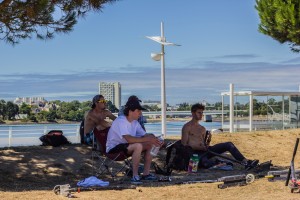 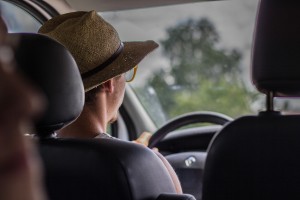 A post shared by Antoine Baldisserri (@antoinebaldisserri) on Aug 8, 2016 at 3:26am PDT

The trip started on the night of Friday 5th of August in Lorient. It is the beginning of Interceltique festival (a celtic music festival held in the streets). It is a place to meet up with all the friends, in particulary Baptou, Emeric, Juliette and many more… before leaving for the roatrip. During the party, we randomly bumped into Kilian Larher, a parisian rider. We slept next to Lanester’s skatepark. 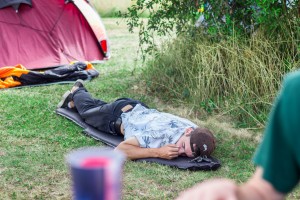 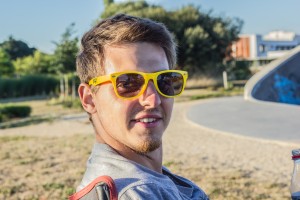 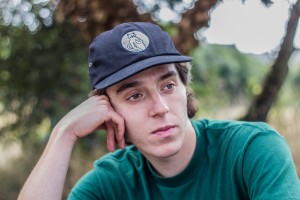 Monday, 8 After a weekend of intense celebrating, we took the road to Saintes. 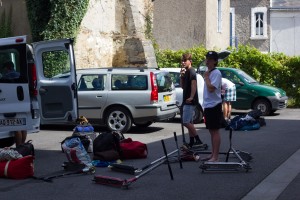 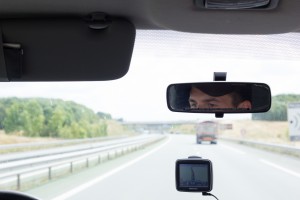 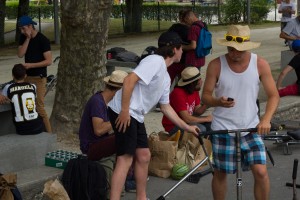 We spent the day riding a medium streetpark and an old snake/bowl made in the end of seventies. It was very fun. Tim landed a big 360° on a huge volcano and Mike landed fingerwhipped the transfert. Marco was feeling bad , we assumed he was home sick and missed the atmosphere of Saint Herblain. After the nice session, we had a barbecue at the Charente’s edge. 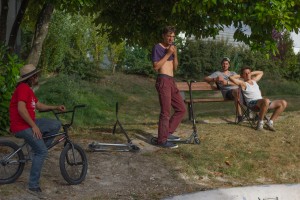 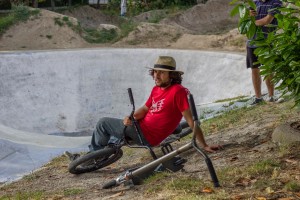 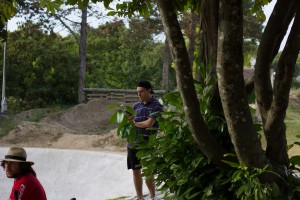 Tuesday, 9 At the morning, Marco took the first train to return to Nantes because he suffered from an iron anemia. 7 riders were left from that moment on and we took the road to Bordeaux because we wanted to ride Pessac’s skateparks. The air was hot and the skatepark had no shade at all a so we a seshed for a few hours. 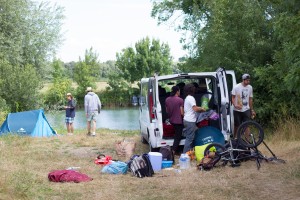 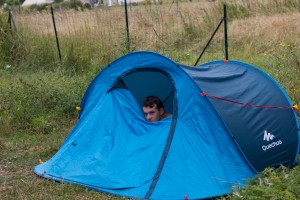 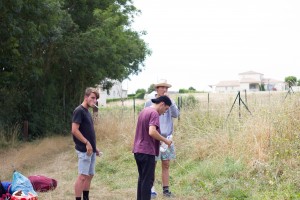 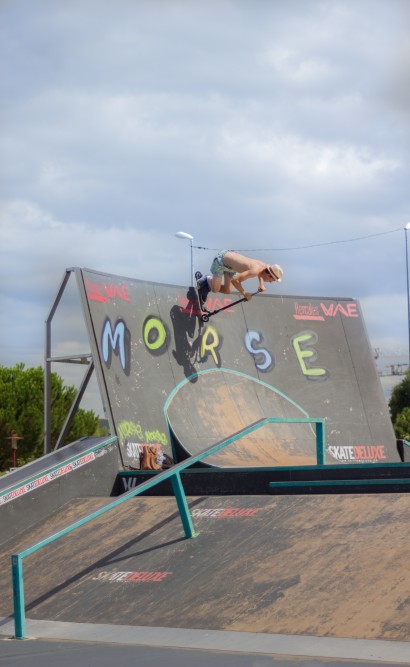 We wanted to go to Lacanau in order to spend the night over there but a bmx rider told us to go to Biscarosse because it is more funny out there. So, we went there at the end of the day. We arrived at 8:00 PM and spent a part of our evening on the beach. We met a group of girl who had a road trip too. After our bbq-beach party , we went together to a pub named the Globe Trotter and finally went to Biscarosse’s forest to sleep. 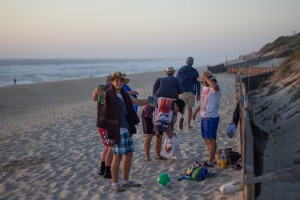 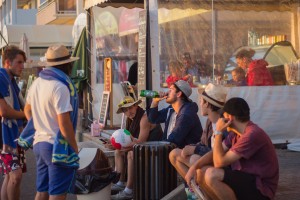 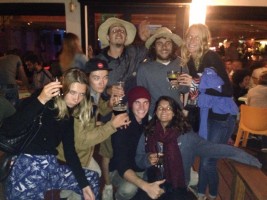 Wednesday, 10 We were awaken by a forest warden who asked us to leave (because wild camping is forbidden in the forest). We went surfing.. which was not a success for everyone… Mike bought handlebars from a local scoote rider named Patxi, because he broke his. 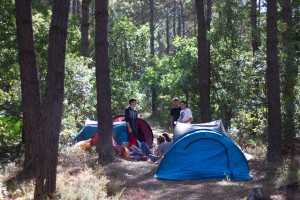 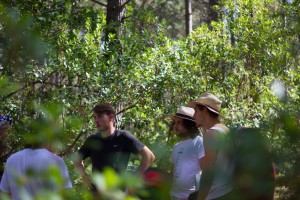 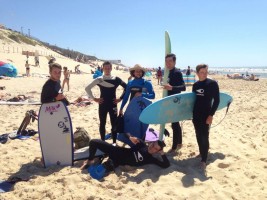 We then decided to head to Mimizan early in the evening because someone told us there was a new concrete skatepark over there. Indeed, it was a surprise for everyone because the skatepark was big and lit all night long. Salim, a guy from Nantes was here too, to our greatest surprise. There were a lot of riders and the atmosphere was very cool. Totally looked like Californian’s vibes. The police came to stop the camp fire and a man who was playing the djembe… Luckily, the sausages were cooked before they came. We spent the night in the forest next to the skatepark with other riders. 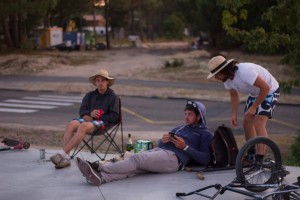 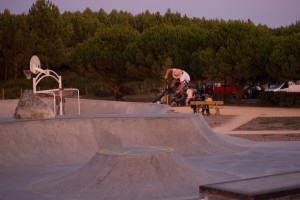 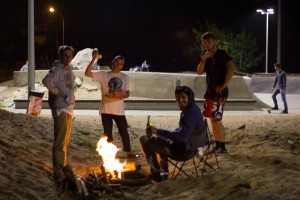 Thursday, 11 A small green paper had been left on the windshell of the car during the night because it was forbidden to park the vehicle on the parking’s skatepark at night… We spend our morning and a part of the afternoon at Mimizan’s skatepark. Tim and Nico shredded in the bowl, their favourite place in the park. Everyone got a whole lot of footage. Tim landed a nice tailgrab in the bowl.

After a great day of riding, we want to the feria of Dax (a popular event in the streets in the Basque Country). Nico almost lost his shoulder over there during a stupid fight with some drunk goons. We slept in one of the camping area in Dax.

Friday, 12 The awakening was hard for everyone. It was time to say goodbye to Jules because he had to go to Montpellier to join his girlfriend. We drove him to the nearest train station.

The rest of the team kept going in the direction of Capbreton. We spent our afternoon at the beach before going to the skatepark. After eating together at the restaurant, we went to Saubion’s skatepark because we could sleep easily over there. At our arrival on the spot, there was a small local celebration. Special thanks to the Dj who was very strange…

Saturday, 13 Awaken by gunshots, we rode Saubion’s skatepark in the morning. We are joined by Fanch, a Brittany’s friend who was in the local area. We went to Biarritz in the begining of the afternoon. We visited an exhibition by Grems, a French artist and wisited La citée de l’Océan to roll a bowl on the roof of the property, before ending up on the beach once more. In the meantime, Fanch and Mike spent the afternoon at Bayonne’s skatepark along with Arthur, a local rider who came for the occasion. 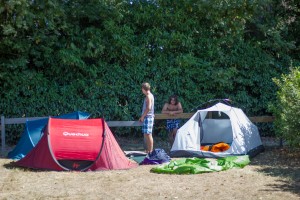 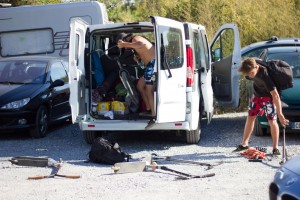 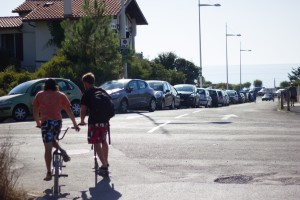 We decide to go to the mountains to spend Nico and Toinou’s last nigh. We went in the direction of Saint Jean Pied de Port, a city in the Pyrenees. After a long time of search, we found the perfect place on Iraty’s pass. We settled the camp on the top of a mountain, in the middle of a flock of sheep. This was most certainly the best night of the trip. 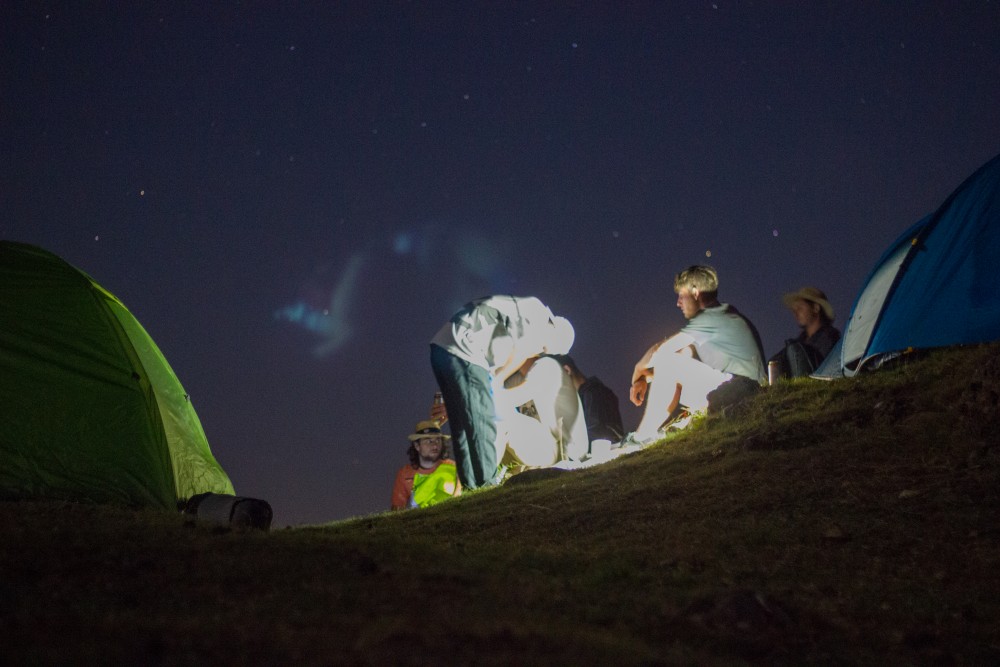 Sunday, 14 The best awakening of the trip

After going back to Bayonne’s trainstation, Nico and Toinou must go back home to join the Wise Scandinavia trip two days after that. At the same time, Adri decided to go back in Nantes for some… unknown reason.

We are three guys from now on and Fanch as guest. We went back to Bayonne’s skatepark as well and Arthur joined us again . It was very hot and the skatepark was empty. We went to Saint Jean De Luz’s skatepark to ride until nightfall.

A new week began Baldou, Tim and Mike drove to Spain and visited Irun, Bilbao and its surroundings (Bermeo and Leioa). The skatepark in Leioa was quite underground (with an abandonned pool beside). Before going back to Nantes, they stopped in Biscarosse again to have one last bath. They were back in Nantes on Friday, ending the holidays.

We have a lot of memories in mind and everybody is down to do it again next year (with Marco this time).

Stay tuned for another #losstrip adventure !